A good trail camera doesn't need to be so expensive; there are a lot of high-quality game cameras with high resolution and sensitive motion detection under $100 on the market. 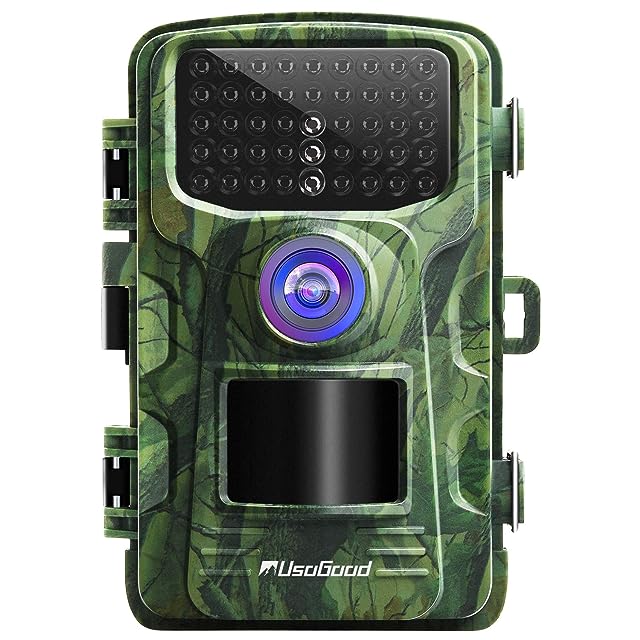 usogood TC20 is a perfect choice under $100 for a wide range of purposes - for ranch monitoring, wildlife monitoring, plant growth observation, courtyard monitoring, animal scouting, and home security surveillance. It has a rugged, IP66 waterproof certificated case with sturdy buttons and a 2.4" LCD Screen. The camera withstands tough environments like tropical forests or deserts; it is also very easy to install.

usogood TC20 is motion-activated - whenever it detects a motion, it automatically captures photos and videos within 0.2 sec. 0.2 sec means almost instant that you’ll never miss any fast-moving objects. The detection range is 65ft both day and night. Moreover, usogood TC20 features no glow LEDs so it won’t scare out the animals.

usogood TC20 has a good image quality - 14MP for photos and 1080p for videos, which are not impressive but fair enough for an affordable piece. The photos at day time are colorful and at night are black and white. Besides, usogood TC20 has a very good battery life - standby time is up to 6 months.

One big disadvantage of usogood TC20 is the lack of remote control. You can only view the photos and videos recorded via the LCD or insert the micro SD card into your laptop.

usogood TC20 with no-glow LEDs and IP66 waterproof case is perfect for a wide range of purposes. 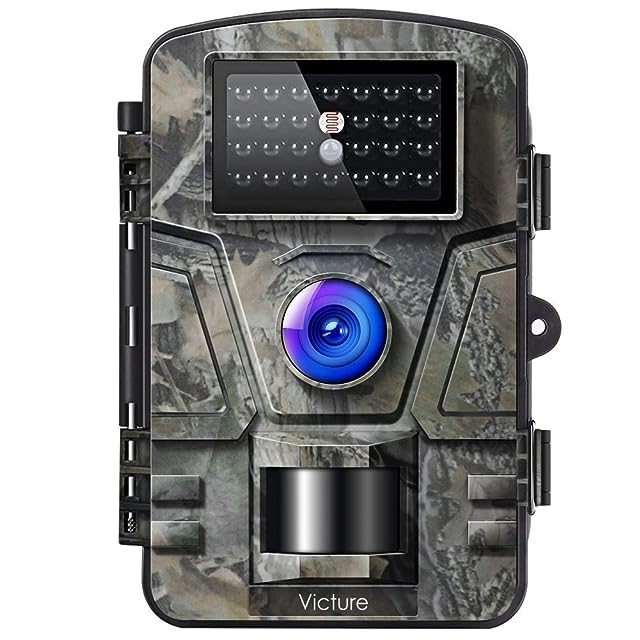 However, in return, Victure HC200 has a bit slower trigger speed - 0.5s, which is not a big deal since 0.5 sec is also almost instant. Victure HC200 features low glow LEDs, not as good as no glow LEDs of usogood TC20, however, good enough to not scare out the animals. One more disadvantage of Victure HC200 is the short night flash range - motion detection range as well, which is only 30 ft.

So, overall, if you value the image quality at night (for some purpose, such as to watch plants growing or wildlife observation), Victure HC200, otherwise, usogood TC20 would be a better choice.

Campark T70 is a sturdy and easy to use trail camera, ideal for beginners. 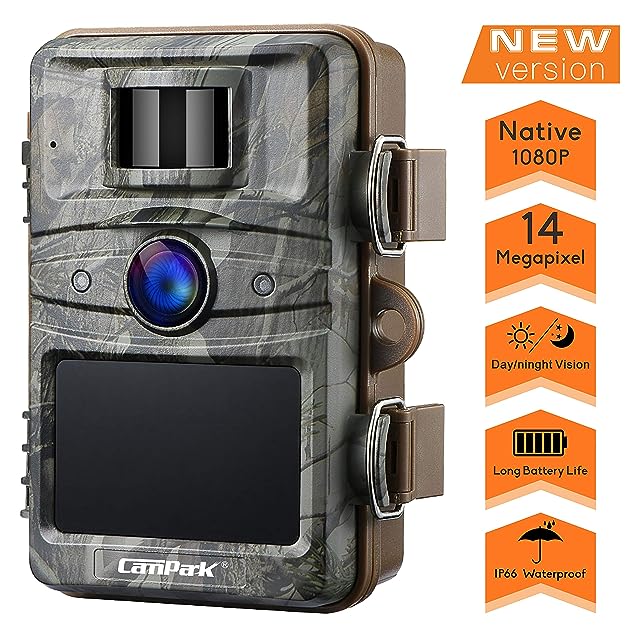 Campark T70 is sturdy and easy to use, which is ideal for beginners. Overall, Campark T7 is quite similar to usogood TC20, however, it costs a bit more but has a slower trigger speed. In return, you are assured of an unbreakable piece. Campark T70 is designed for the most humid tropical forests or the hottest and driest desert. It comes with a threaded tripod and a mounting strap for your easiness to install.

Like usogood TC20, Campark T70 also features a 2.4" LCD Screen, no-glow LEDs, motion detection at 65ft both day and night - all the best features you can possibly find on an under $100 trai

Campark T70 is a sturdy and easy to use trail camera, ideal for beginners. 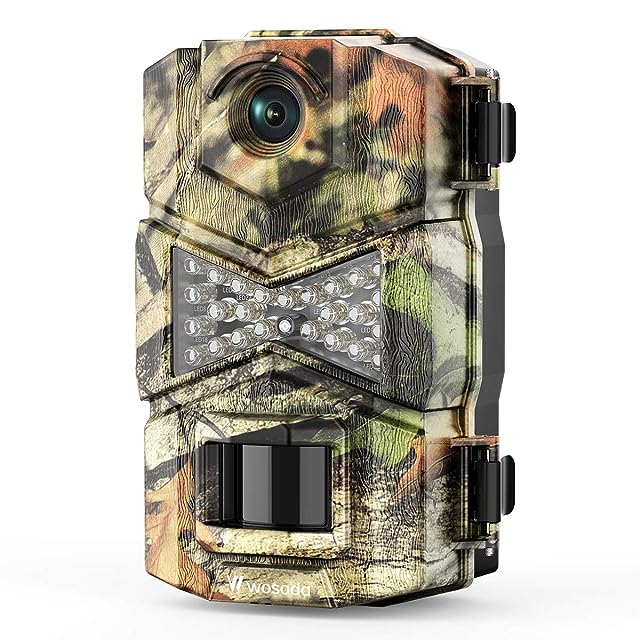 WOSODA LY123 is the most affordable trail camera on my list, and the value it brings is worth every penny. Surprisingly, despite being a budget trail camera, WOSODA LY123 has a very good image quality - 16M of photo resolution and 1080p of video resolution. The motion detection, night vision as well, is impressive, 65ft. The case is IP54 waterproof certificated, not as good as IP66, however, enough to protect the camera from rain and dust damage.

Now, the downside. First, WOSODA LY123 has an inconsistent trigger speed, ranging from 0.3 to 1 sec. It is just a bit annoying and actually causes no trouble since even at the slowest speed - 1 sec, it is fast enough to not let any animal uncaptured. It doesn’t have no-glow LEDs of course, so it might scare out the animals at night. And the biggest inconvenience is that WOSODA LY123 does not allow remote control via your phone, also it does not feature any LCD; so when you want to view the photos and videos recorded, you have to take out the SD card and put it in your laptop or tablet.

Despite all those inconveniences, WOSODA LY123 is still the best bang for your buck.

WOSODA LY123 is the best bang for your buck with its low price yet very good image quality. 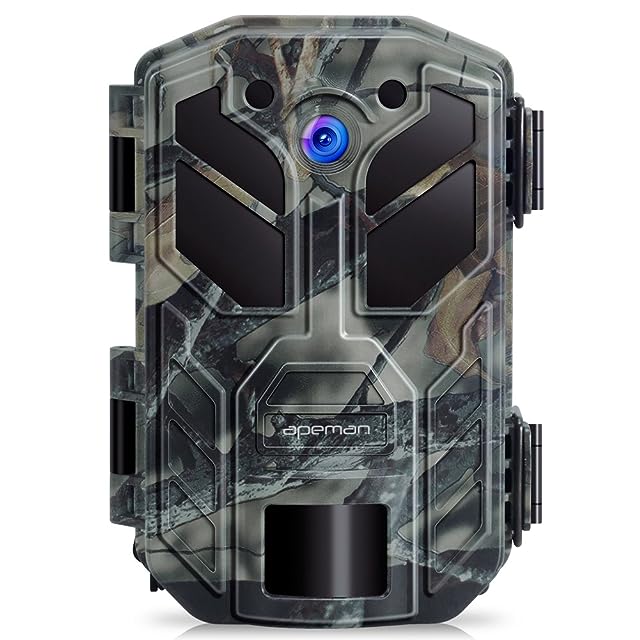 APEMAN H70 is a trail camera under $100 but has even higher image resolution than a 200-buck trail camera. The maximum resolution for photo is 30MP, for video is 4K! The camera brings you the sharpest crisp photos.

Not only that but APEMAN H70 also features an IP66 Waterproof structure, ensuring great durability even in tough environments. It has a very fast trigger speed, only 0.2 sec, almost instant that you’ll never miss any objects in range. The nigh flash range is about 65ft, which is pretty standard for a trail camera.

How To Choose The Best Trail Cameras Under $100?

To choose the best trail camera under 100, here is something you need to consider:

Which Brands Make The Best Trail Cameras Under $100?

How do trail cameras work?

All trail cameras have the motion-detecting function, which automatically captures photos and videos when something is moving at the range. You can easily hang it on a tree or tripod-mounted it on the ground. Some trail cameras can directly transmit these photos and videos to your phone through a network, cellular network or self-broadcast wifi. Some don't have this function, so you have to manually take out the SD card and insert it into your laptop or tablet to view the photos and videos.

How long do trail cameras last?

A good trail camera lasts for a very long time, some even last for decades.

What is the difference between a game camera and a trail camera?

Game camera is another name of trail camera. They are exactly the same and can be used interchangeably.

How long does a trail camera battery last?

To sum up, usogood TC20 and Campark T70 are my two top recommendations. For more specialized needs, you should have a look at other cameras above. Hope you find my review helpful. 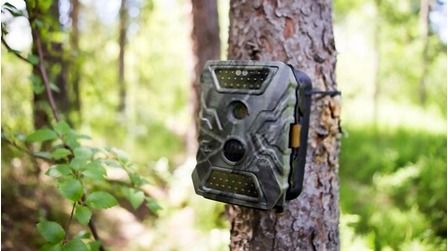